That’s him, the legendary TimToady.  Larry Wall is personally responsible for one of the greatest joys in my life: Larry created Perl.

Perl has remained a core staple in my toolbox of awesomeness since 1999, when I discovered it as a younger developer/engineer just starting out my career.  Over the years, Perl has been been a tool I’ve used both for fun and profit, building and automating all sorts of things.  As I explained to Larry at lunch, his work made mine possible, and the rewards of my having embraced Perl have been a steady stream of income for my family, and countless great times with other Perl hackers.

Both at the lunch table during YAPC::NA 2013 and again each day, I thank him. 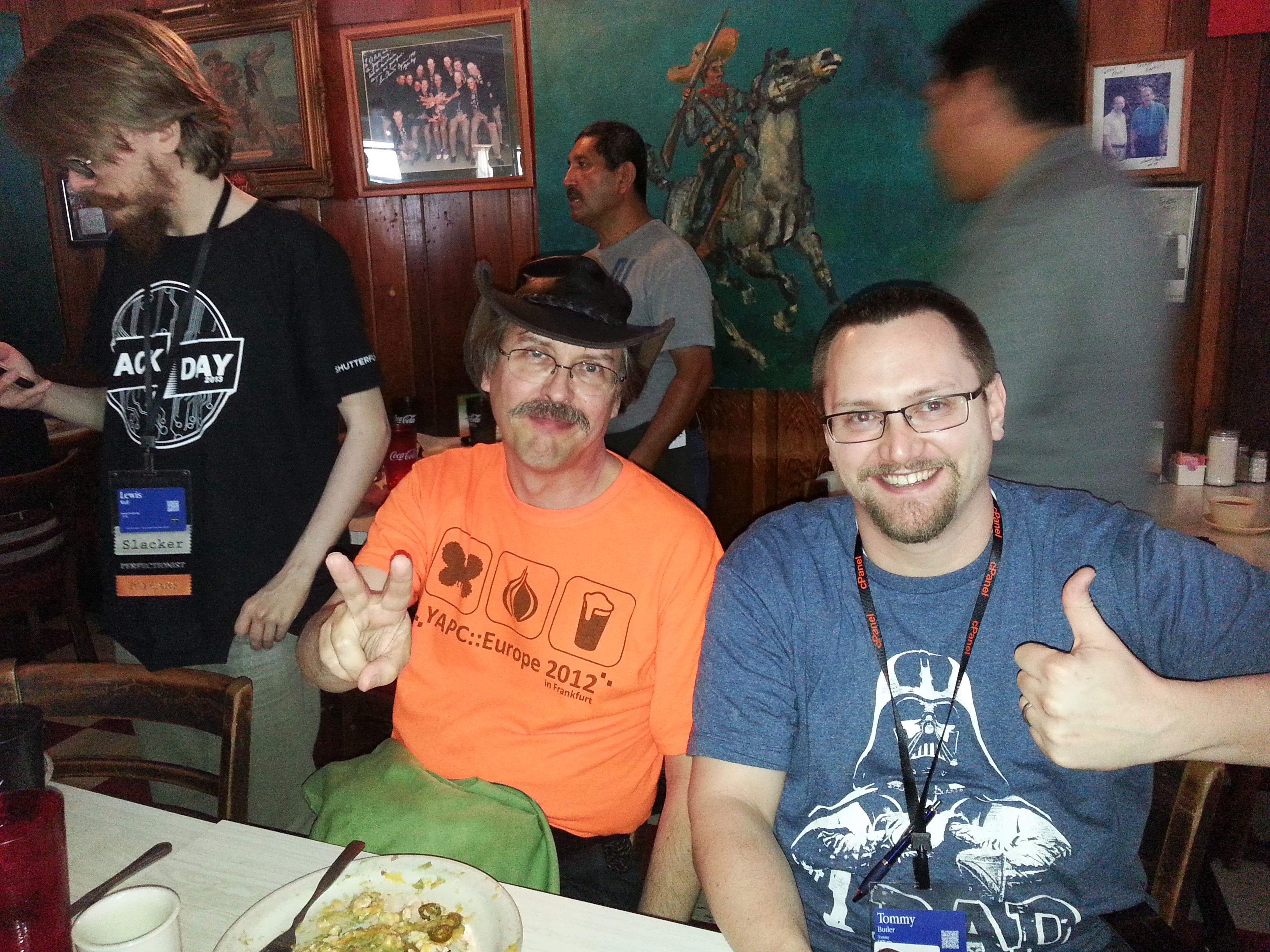 Larry Wall and Me, eating lunch during YAPC::NA 2013